The Our Lady of Fatima Council #824 of the Knights of Columbus hosted a celebration on May 13, 2017 to commemorate the 100th anniversary of Our Blessed Mother Mary’s apparitions to three shepherd children in the town of Fatima, Portugal. 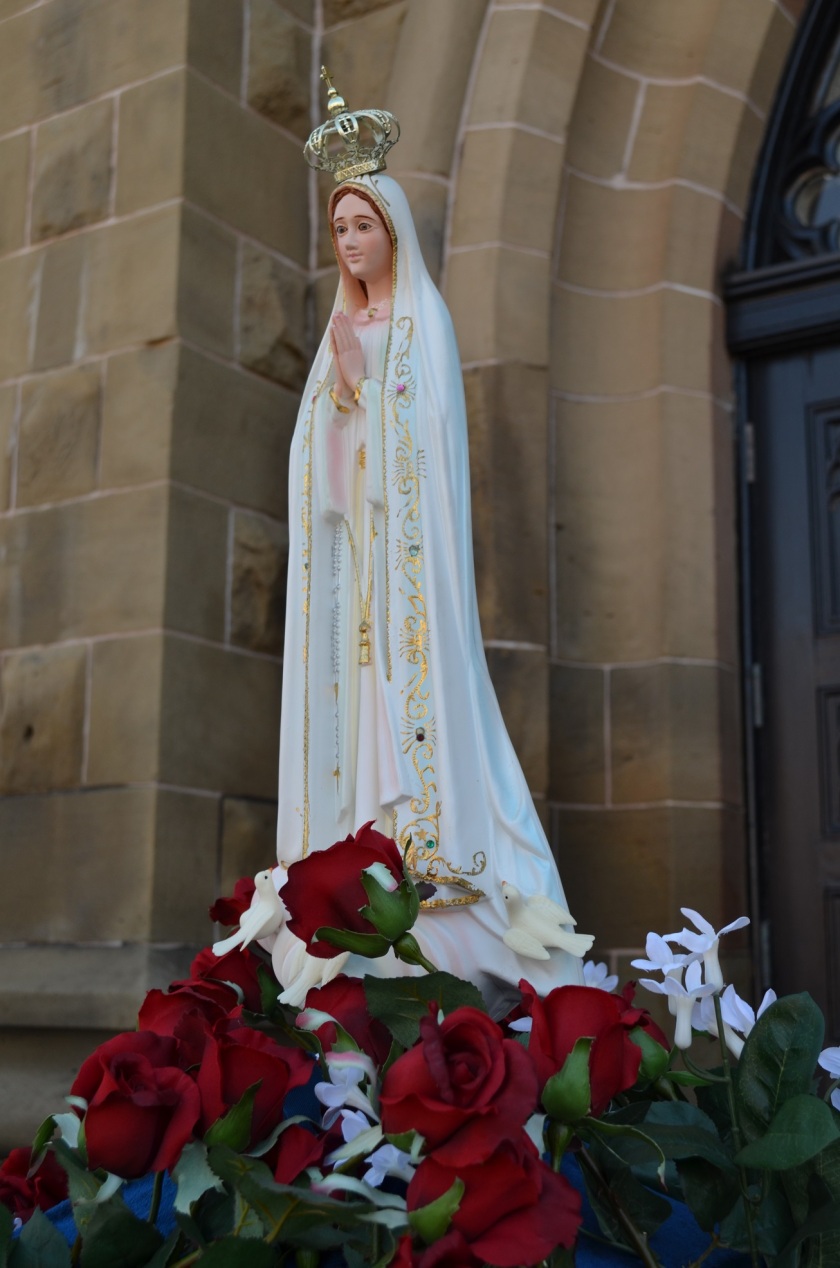 The celebration began with a public procession around the block of St. Dunstan’s Basilica lead by several altar servers and the Knights of Columbus Honor Guard. 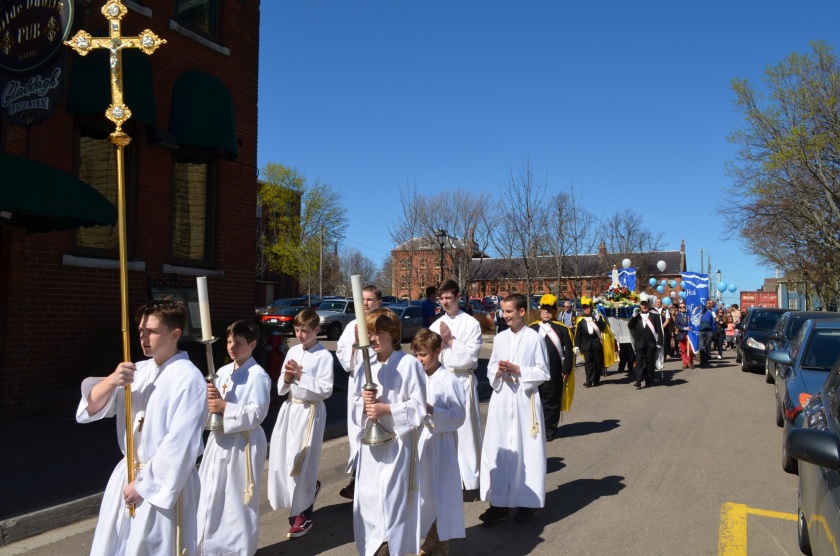 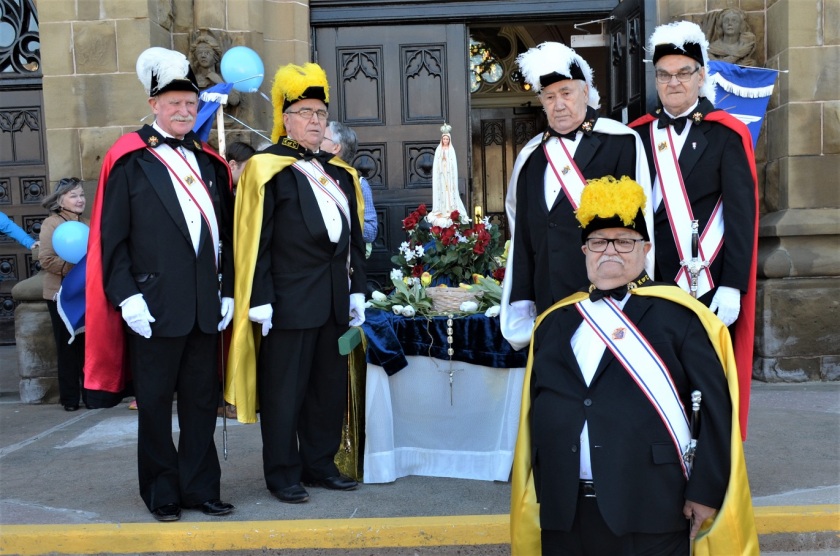 A statue of Our Lady of Fatima was carried high on a decorated platform and more than a 100 parishioners followed behind singing, waving streamers and carrying blue and white balloons. 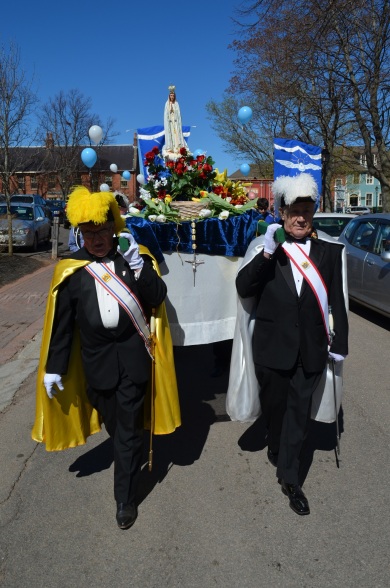 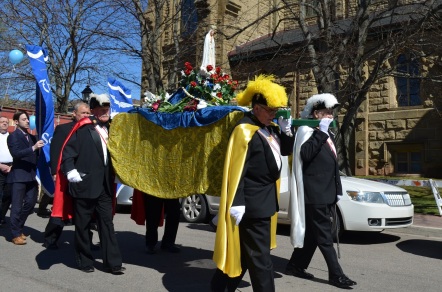 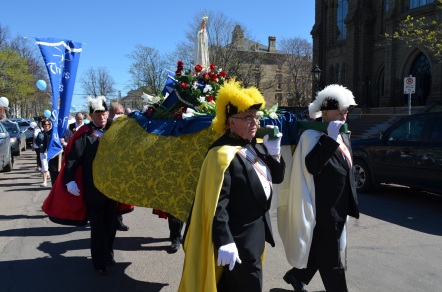 The group then processed into the Basilica where they prayed the rosary and celebrated mass with Fr John Molina. 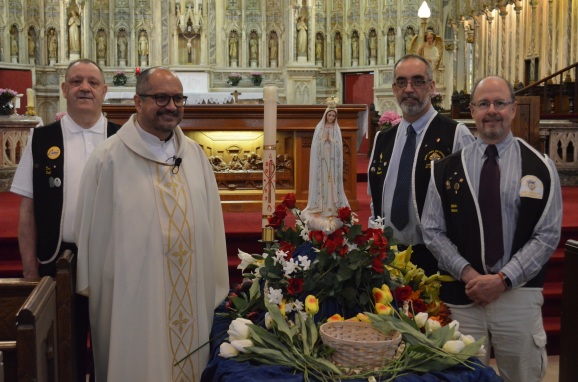 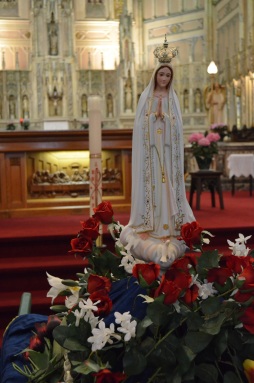 A reception was then held in the lower level of the Basilica highlighted with cake and ice cream. 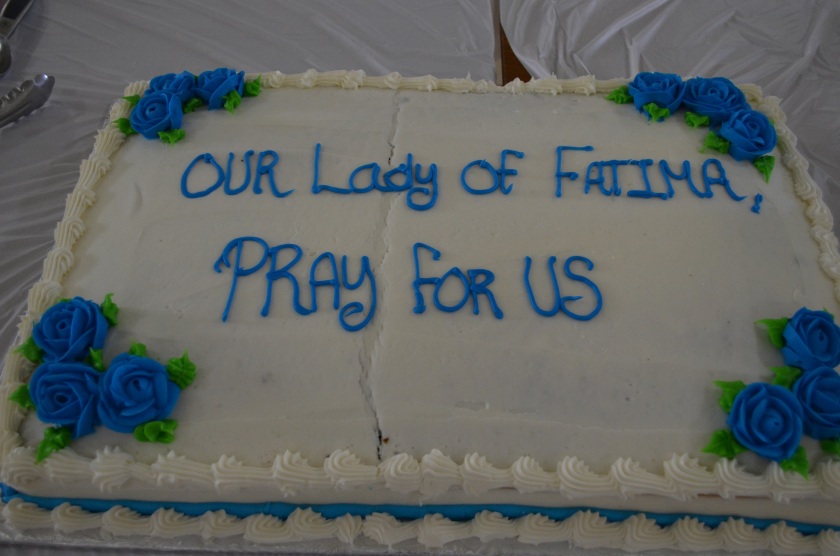 This celebration coincided with Pope Francis’ pilgrimage to Fatima where he canonized two of the three Portuguese children whose visions of the Virgin Mary 100 years ago marked one of the most important events of the 20th century Catholic Church. The third visionary died in 2005 at the age of 97. Her cause for sainthood has begun.